There are numerous paths one can take when looking for obscure tattoos. Everyone tries to be different from the person next to them, and the tattoo enthusiast is already in that category. If they want to stand out even more, they can start looking into unique tattoos that other tattooed people don’t usually get. One of those are black rose tattoo.

Rose tattoos are popular in the world of body art because they are widely recognised as a universal symbol of true love, romantic love, compassion, and beauty.

A black rose tattoo can have various meanings depending on the sentiment behind it. We’ll go over some of the most common meanings so you know what you want yours to stand for.

The tattoo black rose meaning, on the other hand, is unique. The black rose is frequently used as a symbolic tattoo idea associated with death, grief, and mourning, or incorporated into duality themes that balance life and death, or good and evil.

According to Greek mythology, when Aphrodite, the goddess of love and beauty, bled on white roses, she transformed them into what are now known as red roses. According to this myth, the red rose represents love and passion, but what about the stunning black rose tattoos?

A black rose tattoo is commonly associated with death and what is memorable. In Western culture, it is frequently used to express respect for someone who has died. White roses, as we all know, have a similar meaning in the East to genuine love and purity.

Also Read: What Does a Medusa Tattoo Mean?

What Do Black Rose Tattoos Mean

As you might expect, the most common meanings of a blackrose tattoo are death, grief, and sorrow. Black has always associated with death. As a result, it stands to reason that a tattoo representing love for a departed soul would be in black. People get black rose tattoos in memory of loved ones who have died. Text (either a name or a date) is a popular way to customise this tattoo.

Similarly, the blackrose tattoo can indicate that the owner is or was grieving when they received the tattoo. When a child loses a parent, it is not uncommon for them to get a black rose tattoo. It’s both beautiful and meaningful, which is exactly how those who lost loved ones want to remember them.

One of the most common reasons why people get the black rose tattoo is to symbolise the death of a friendship or love. It does not always imply that those people have died, but it could. Sometimes people are so affected by their losses that they need a constant reminder.

People who get this tattoo for this reason, like those who get other black rose tattoo meanings, may change their minds later and still have a meaningful tattoo.

If you’ve ever come across a black rose, you know it’s not exactly black. It is a dark purple shade, giving it a black appearance. A completely black rose cannot be found; it can only be created. As a result, the term “slavish devotion” applied to this tattoo. This denotes an insatiable desire to complete an impossible task or to witness a miracle. In a nutshell, it could also mean constantly hoping.

It demonstrates that the individual is not all about the pretty things in life, but rather has a very dark and mysterious side. This version of the tattoo will frequently surrounded by more images, such as skulls and other darker imagery.

You may get the black rose tattoo as a form of vengeance or hatred. Roses were sometimes left on the bodies of the deceased in old movies. When this tattoo applied to an enemy, it represents the desire for vengeance and revenge.

On a brighter note, this type of tattoo represents strength and courage. When the Irish were fighting the British, they used this symbol to represent resistance and courage.

How Do You Pick a Black Rose Tattoos?

Before you start looking for the perfect black rose tattoos design, there are a few things you should consider.

After learning the meaning of a black rose symbol, you must learn about and look for a reputable tattoo studio. Looking for a tattoo studio or artist whose style captivated you and produced high-quality tattoos. You’ll have to see how well they work with colours and small and delicate lines. Looking through their tattoo portfolio and asking questions if necessary is a small tip for you. After you’ve decided on a tattoo artist, inquire about pricing.

Rose symbolism is used as a positive motif in all types of romantic love and affection designs, but the black rose defies convention. Here are some fascinating tattoo designs and ideas for you to consider. From stunning realism tattoos to simple blackwork and dot work tattoos, black roses are always incredible and charming in every detail.

Symbolic Rose Tattoos in Other Colors

The colour black plays a distinct role in rose tattoo meaning and symbolism.

Because of the sheer size of rose flower tattoos that people choose to incorporate into their own ideas, creating layers of meaning is more important than with other stylistic choices. 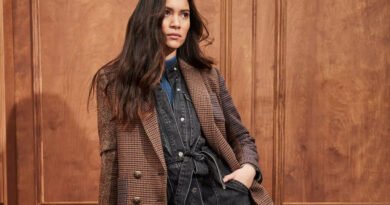 30+ Dark Academia Fashion Brands You Need To Check Out Today What to Wear to a 90s Party? A Guide for Everyone