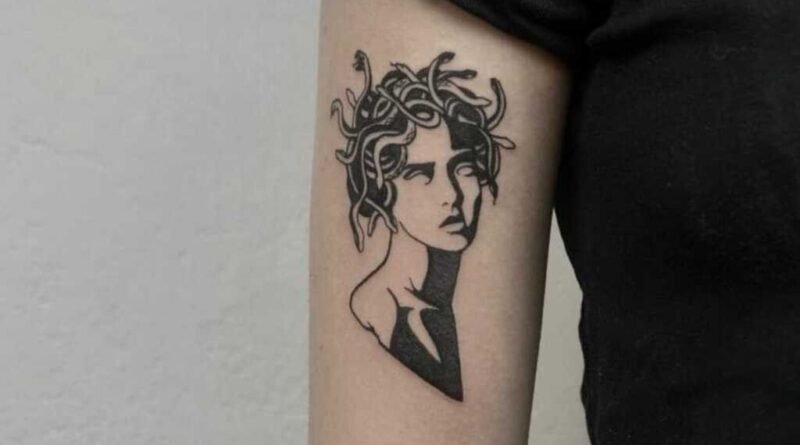 Sometimes it’s amazing how things work and how something develops into a trend, and we can say that this is the case with the Medusa tattoo, which has been spectacularly gaining popularity since the end of 2021.

What Does a Medusa Tattoo Mean?

Medusa is a unique figure in mythology, but she carries many meanings with her. People who get a Medusa tattoo can use any or all of the meanings discussed on this page, but they would be very complicated people if they did. Medusa tattoos have a variety of designs to choose from, which is why it has grown in popularity over the years.

Many people relate the struggles and rebirth of a woman dealing with sexual abuse and trauma to Medusa’s story. The young Medusa is punished for Poseidon’s actions in the story after he throws himself upon her.

After revisiting this Greek legend, many people identify with the Medusa tattoo meaning as a victim rather than a villain and wear the image as a sign of survival. The Medusa tattoo may signify resilience in the face of trauma or sexual assault, according to one interpretation. 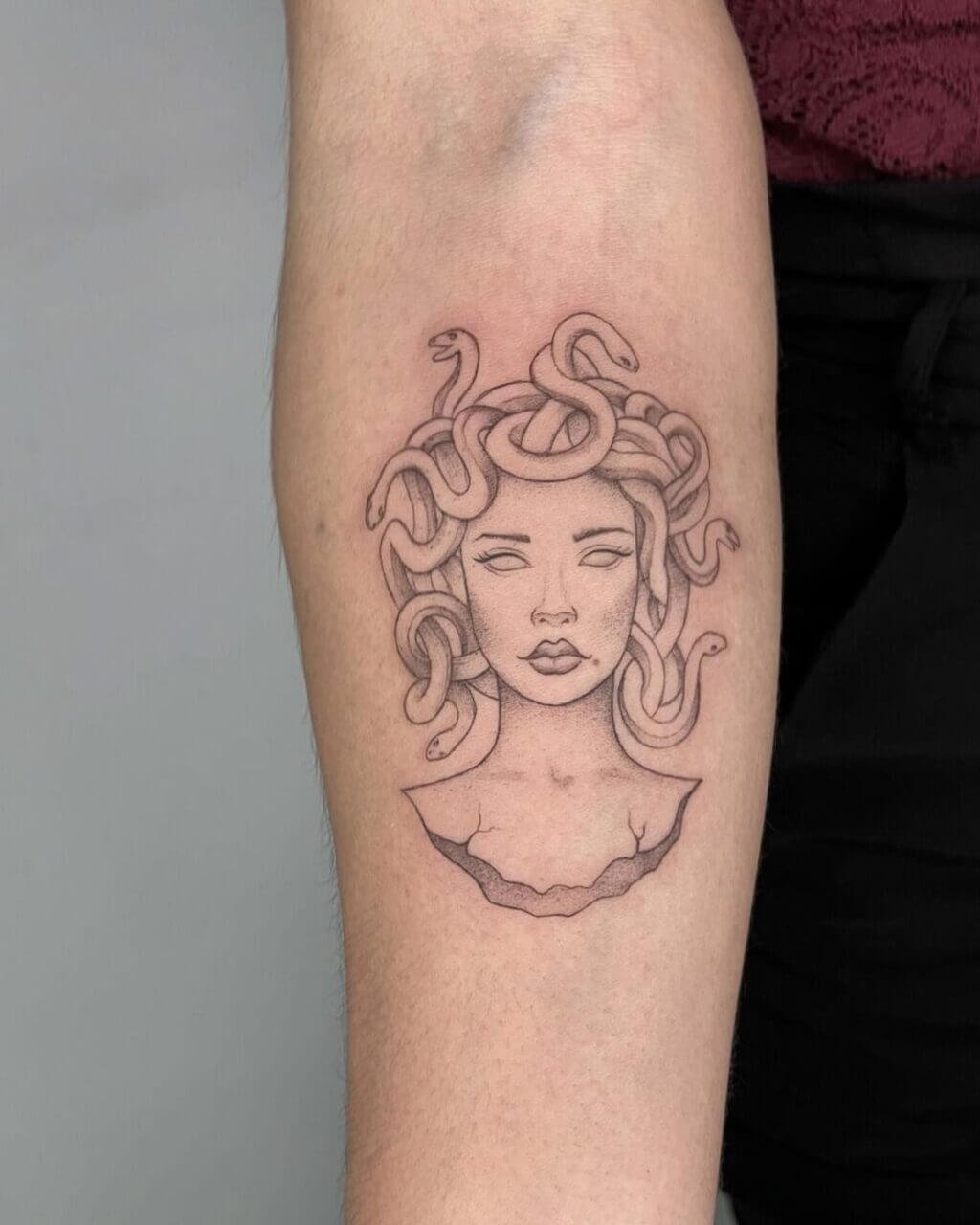 Women can look elegant with small tattoos. Tiny ink appeals because it appears neat and delicate. Although you will be limited in the Medusa tattoo design you choose because you cannot go for something extremely detailed, these small pieces are less expensive and take less time to complete. 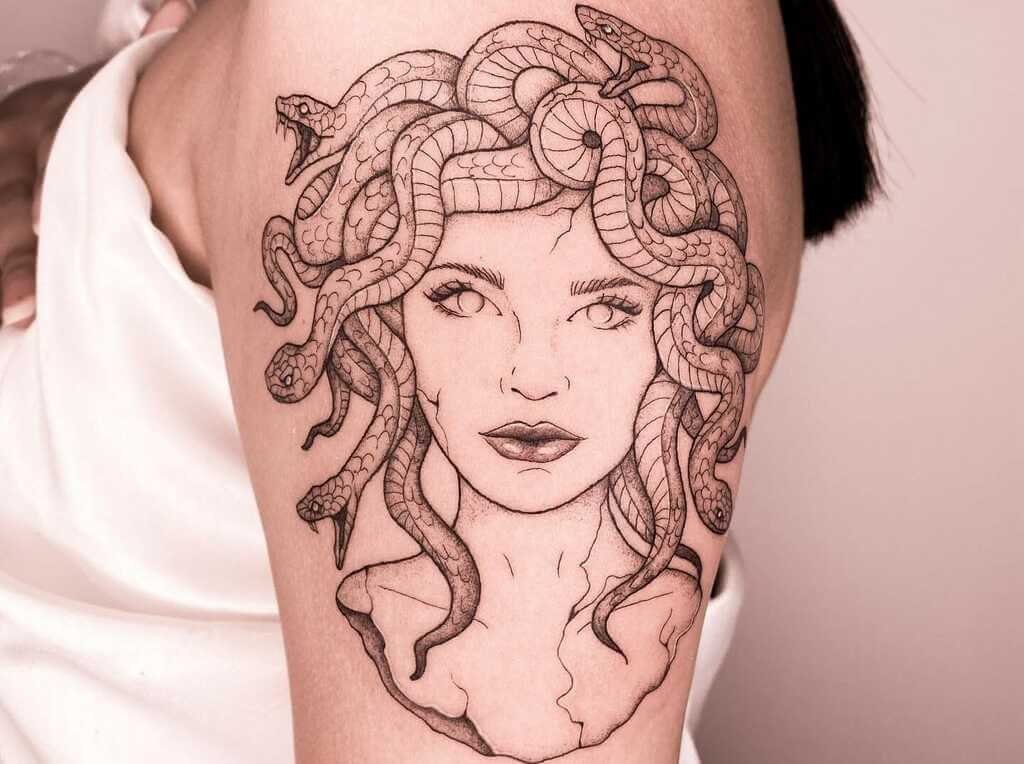 To begin, you’ll need a medusa drawing to create a medusa tattoo stencil from. Online images will be the most convenient because they can be saved to your computer quickly. Then, using this blueprint, you can draw this lovely tattoo of a medusa and flaunt it however you want. 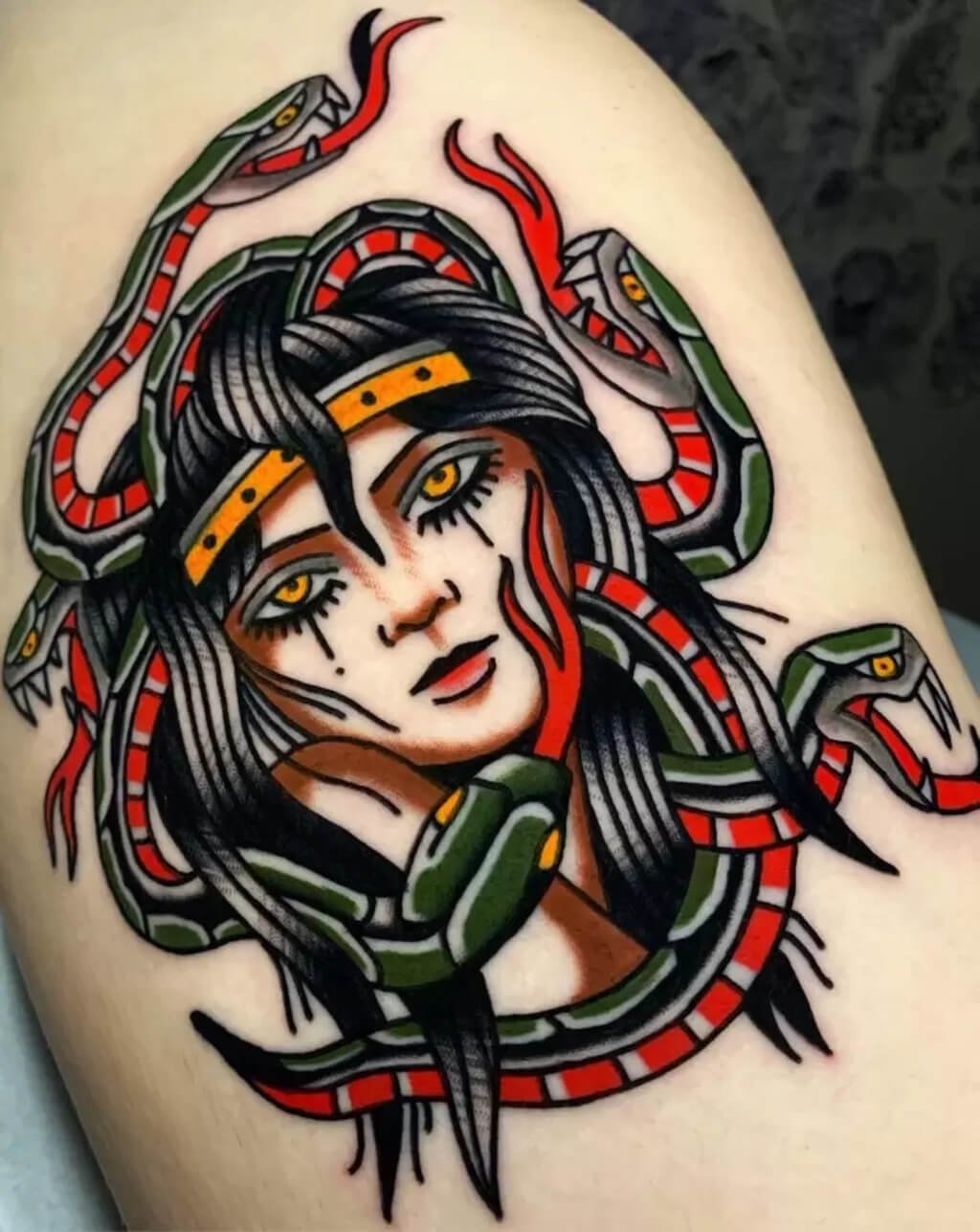 Medusa tattoos are rich in symbolism, but the wearer’s style distinguishes each tattoo. A traditional tattoo is a popular option. The technique distinguished by its bright colours and thick lines. It’s the kind of piece that will get you noticed and make a statement; it’s also timeless.

Women considering getting this ink should think about placement; because it is so eye-catching, you’ll probably want to get it somewhere you can show it off! 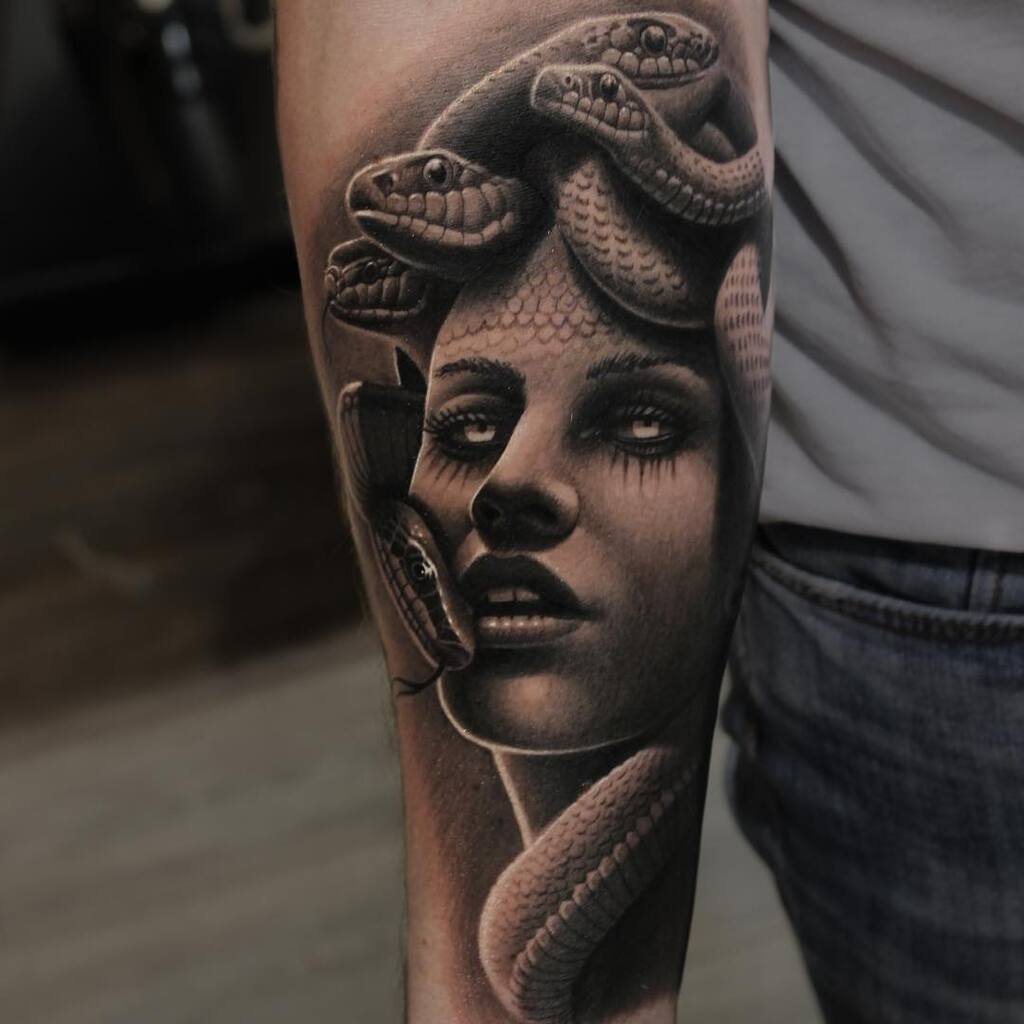 Realistic tattoos are impressive because they appear to have come to life. This technique has grown in popularity as a result of modern tools and body artists’ abilities, and it’s easy to see why: the results are quite spectacular. It is critical to find a tattoo artist who specialises in this style when deciding on this ink. 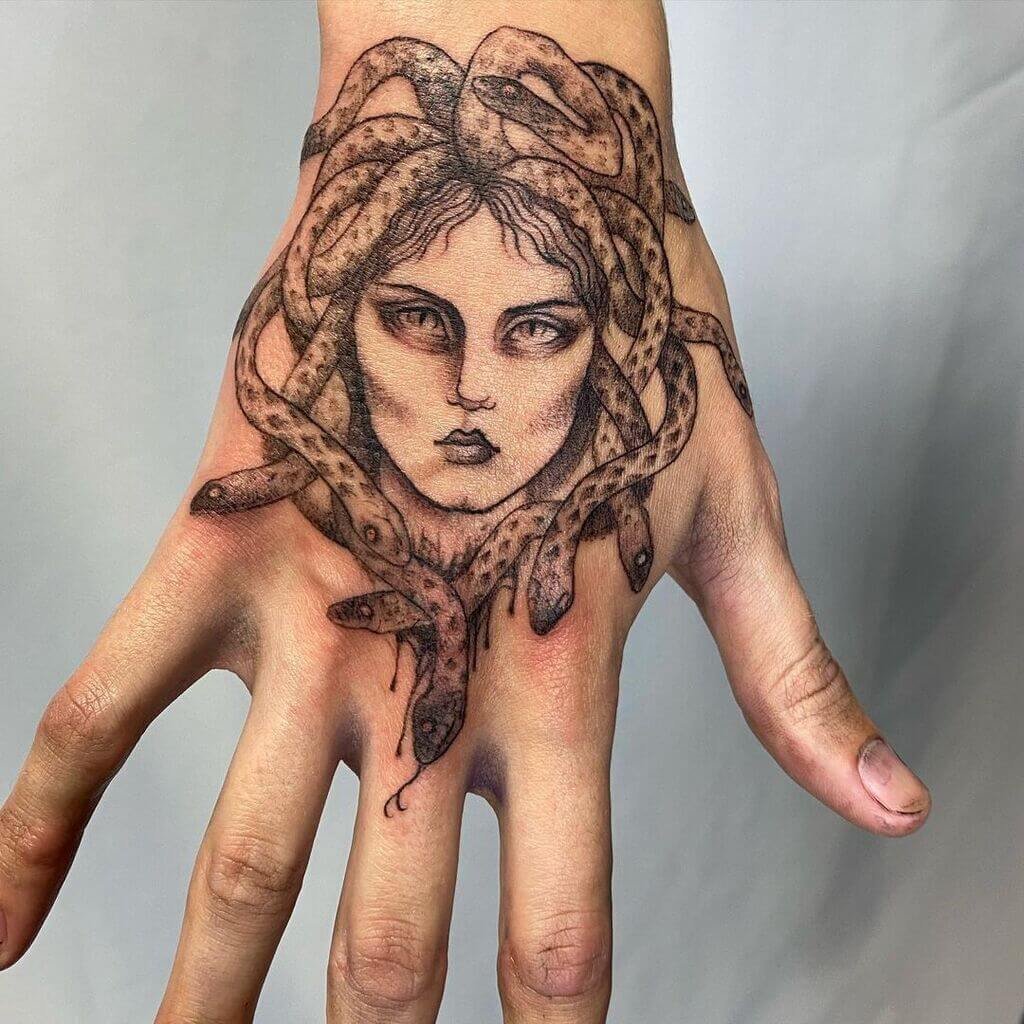 Getting a large Medusa tattoo is an excellent way to make frightening eye contact with people without having to look them in the eyes. Don’t even get us started on communicating with someone! 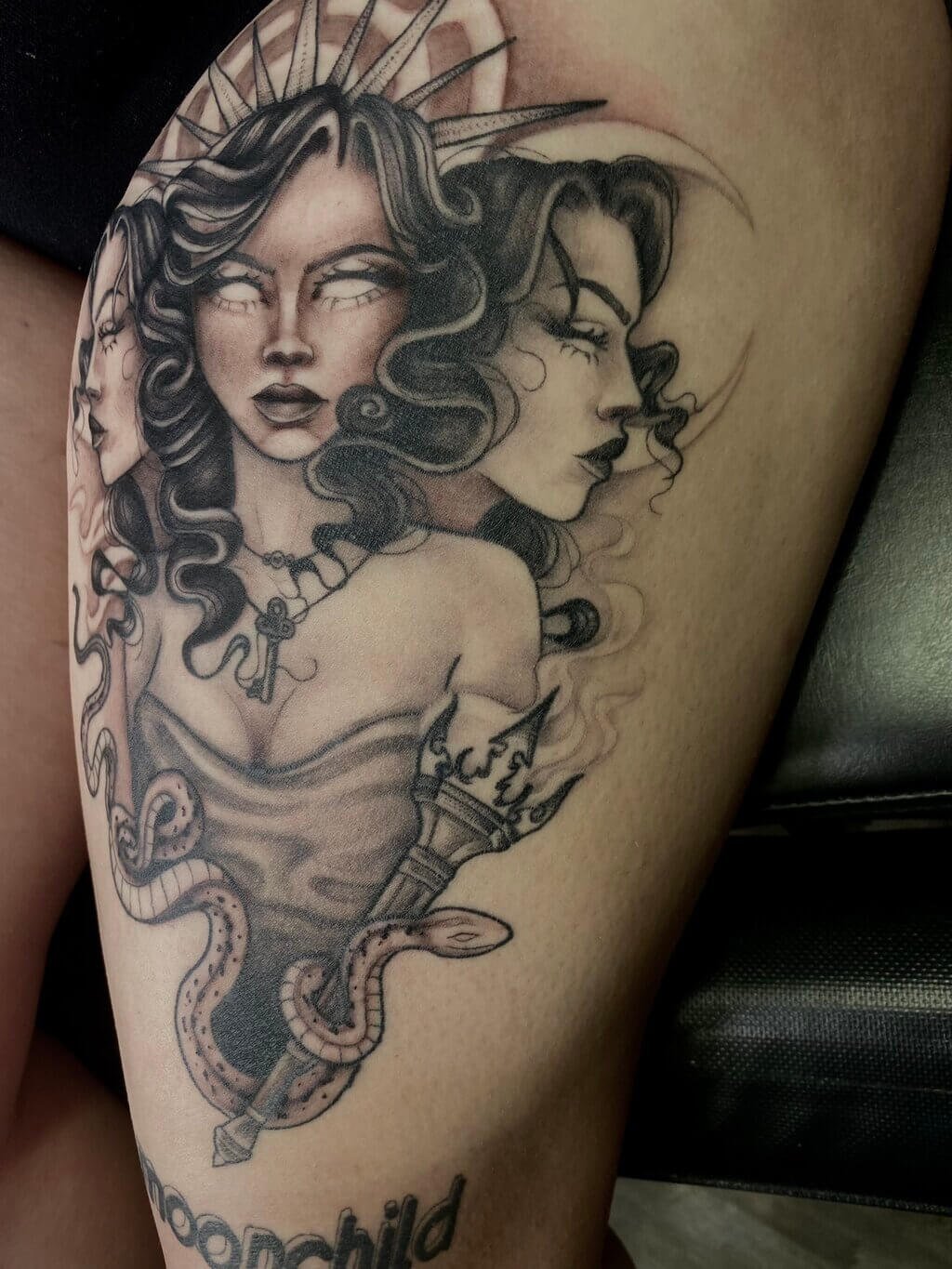 Medusa is a symbol of feminism that used to honour women. This design appeals to women because it can be both strong and seductive. Depending on what you want, there are many different kinds, but a seductive Medusa would look great on the back or thigh.

Both of these are attractive places for a woman to get a tattoo, and they draw attention to some of her most feminine parts. 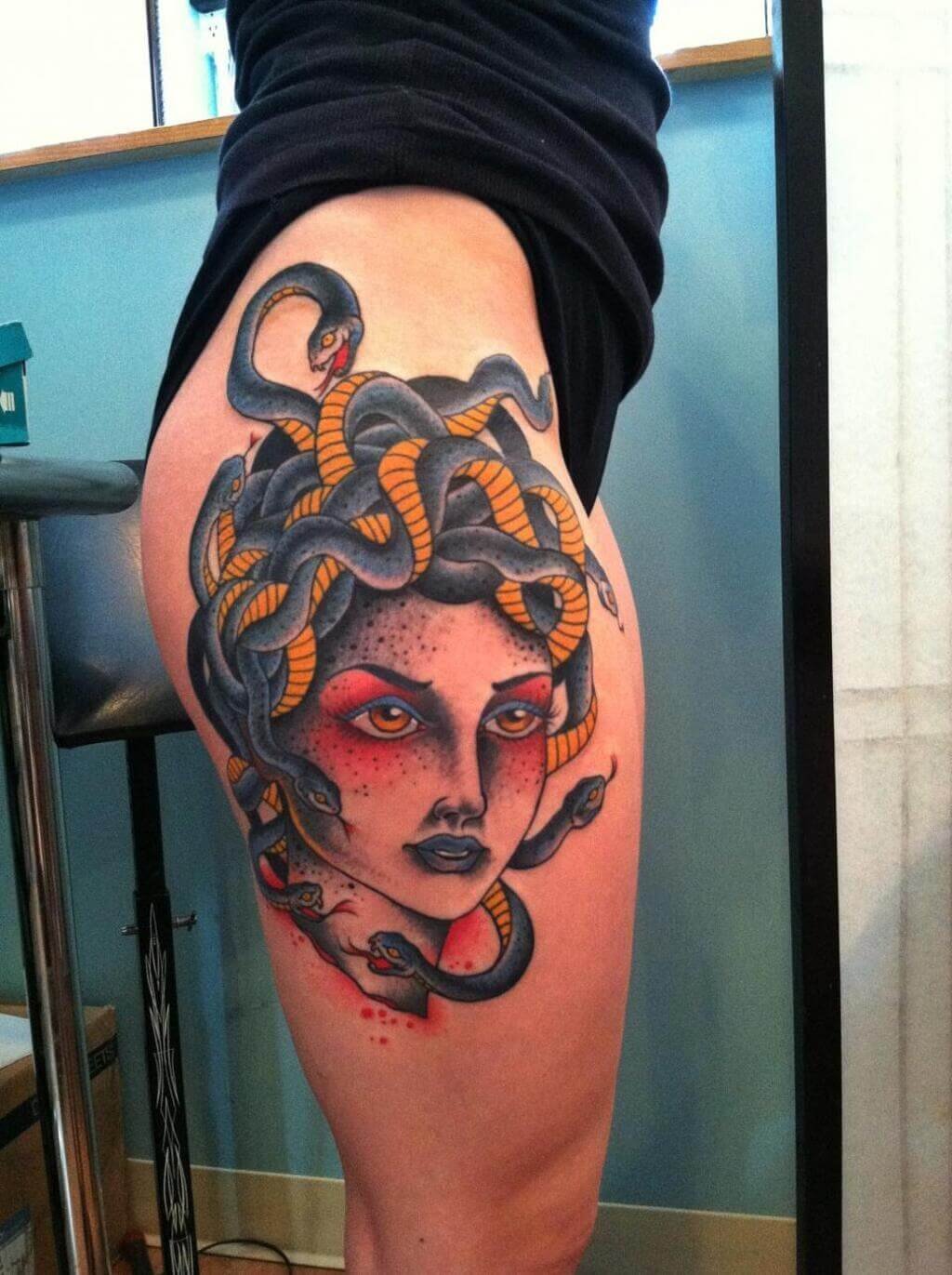 If you want a large tattoo with shading and detail, medusa thigh tattoos are a great place to start. It’s a popular site among women because it’s both seductive and personal. Another benefit of thigh tattoos is that they are easily concealed.

This is useful if you work in an office with a strict dress code. Because the area is meaty, with muscle and few nerve endings, it’s also one of the least painful places to get tattooed. If you are pain sensitive, you should consider getting a Medusa tattoo on your thigh. 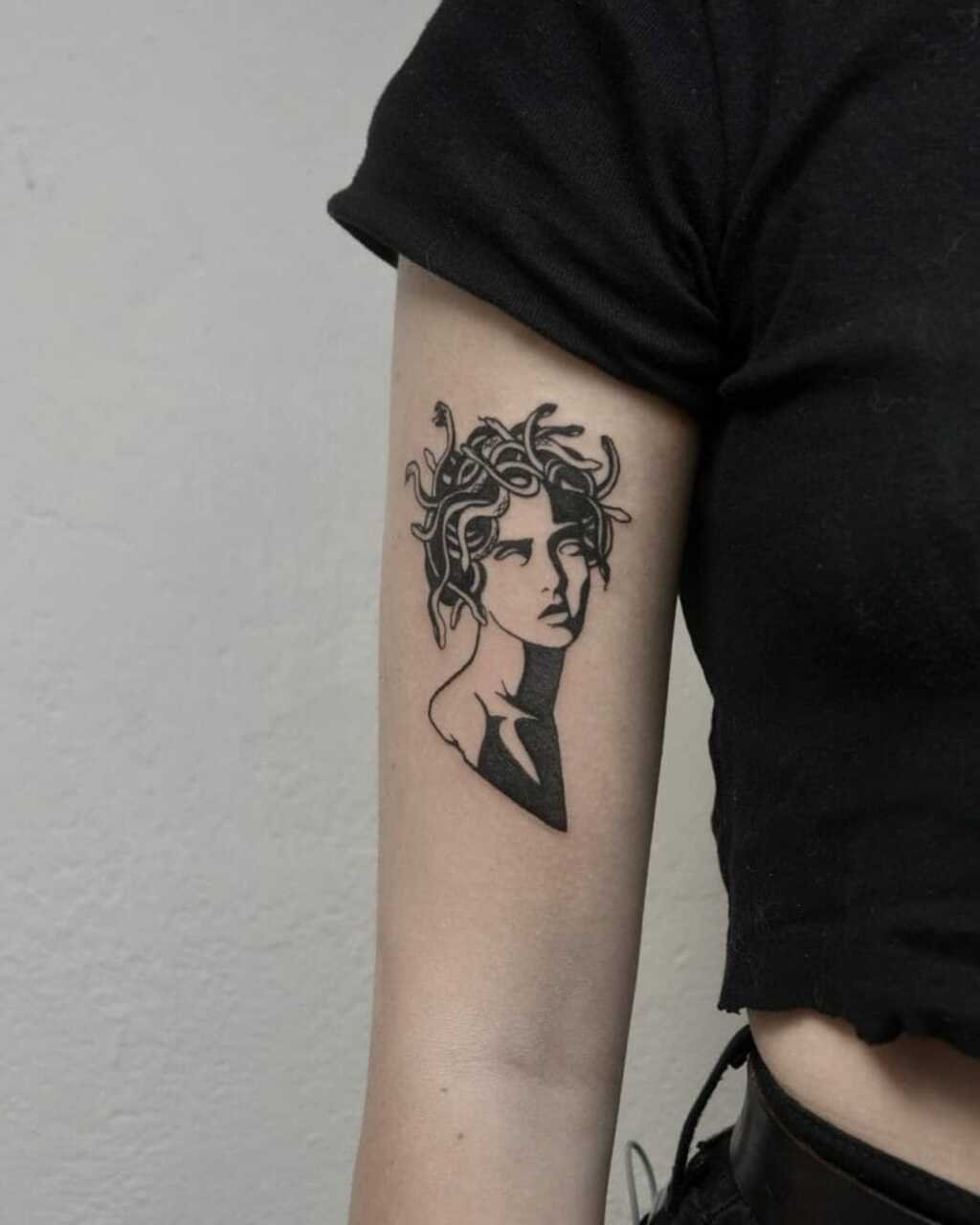 This design will appeal to women who are interested in Greek mythology and the symbolism associated with Medusa’s story. Medusa appears frequently in Ancient Greek art, and a statue tattoo may appeal to you if you want to stay true to her origins. Her image can represent a variety of concepts, such as femininity, freedom, transformation, and evil. 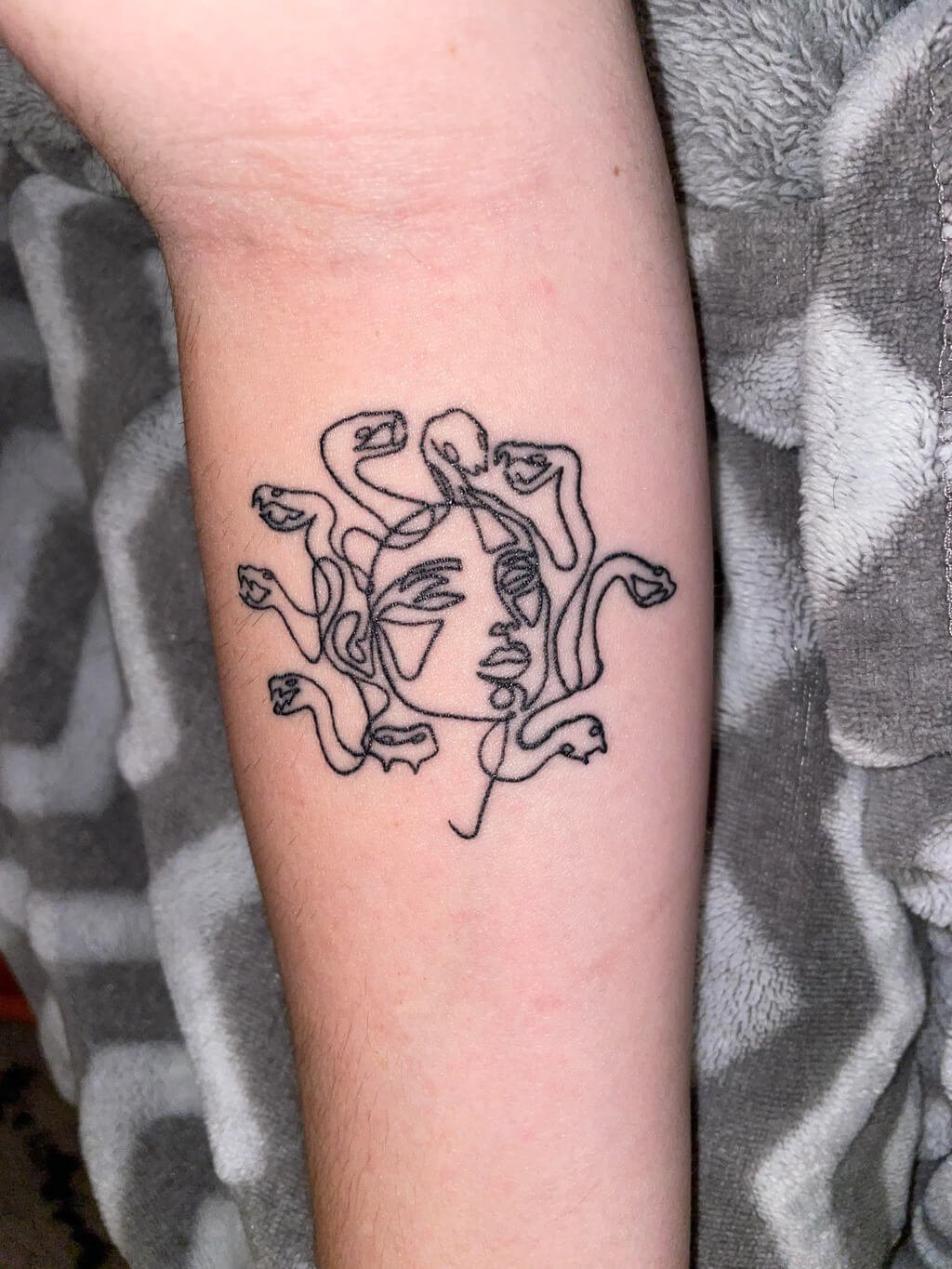 These simple Medusa tattoo designs evoke seriousness, darkness, and power. You may frequently enjoy some stunning additional touches on your Medusa tattoo due to the great shading and detailing possible with black and grey tattoo inking. The symbolism of the black and grey ink transmits authority to the spectator. 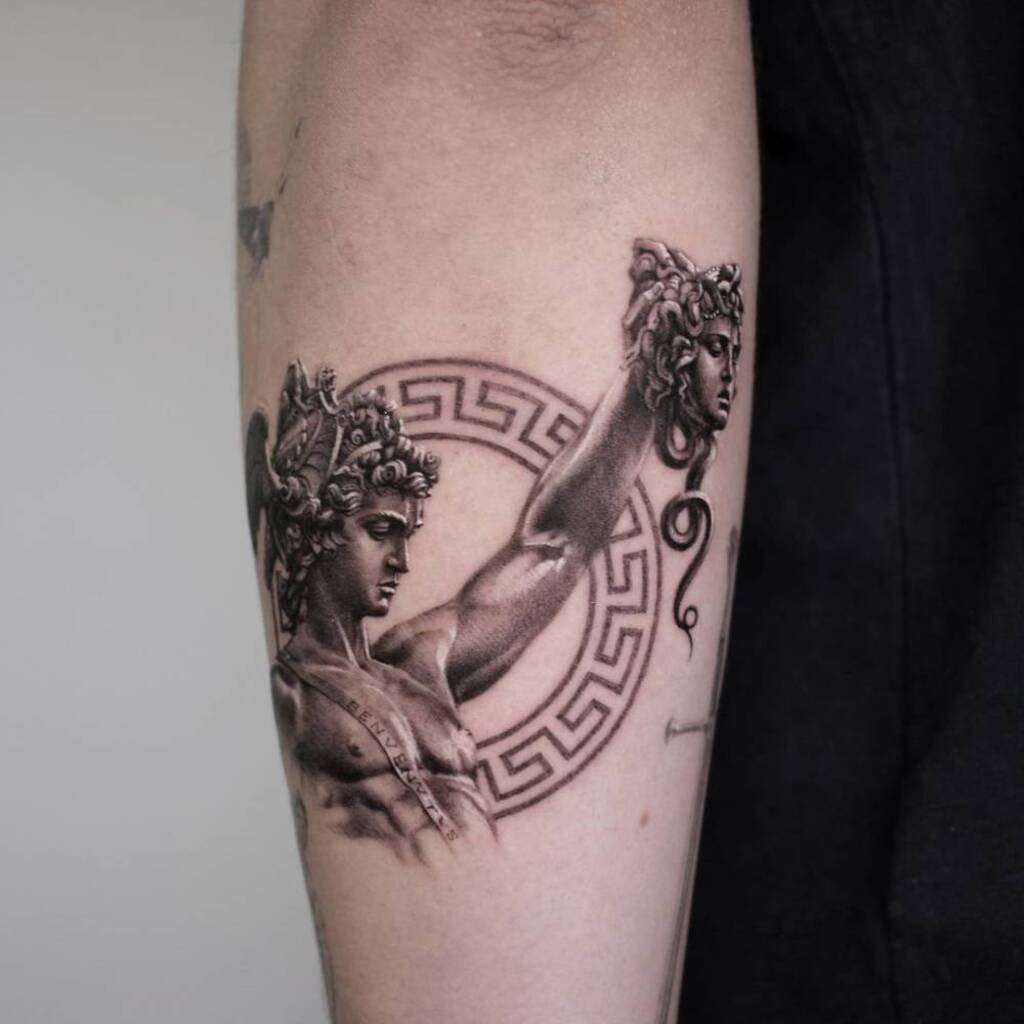 Some believe Medusa was a monster, while others believe she was a victim of the goddess Athena’s rage. The story ends with Perseus beheading Medusa, regardless of how you interpret it.

The story is about Perseus’ bravery and courage, and he also regarded as the hero. This piece may be appealing to someone who values these qualities. It is also possible to interpret it as good triumphing over evil. 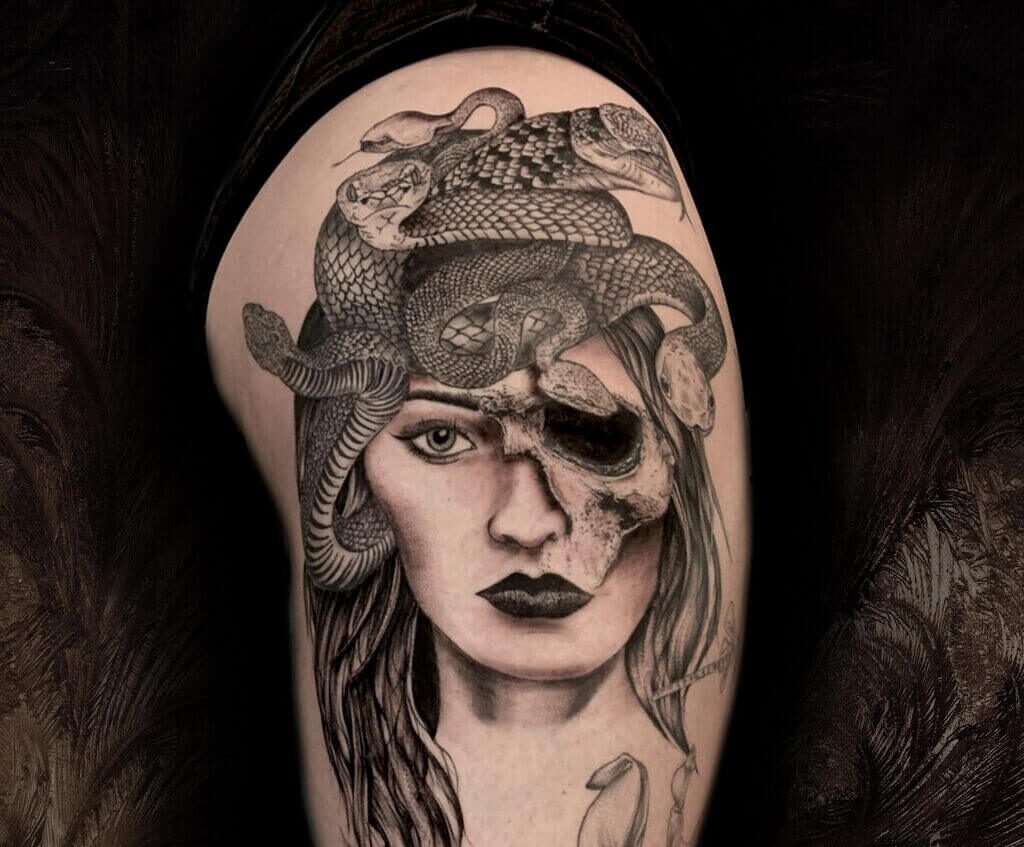 Among the many meanings associated with Medusa is the concept of death and rebirth. Her snake hair regarded as a representation of the natural cycle of life. There are several ways to interpret this thought when choosing a design, including representing her face with a skull.

There is no denying that this is an eye-catching tattoo and a conversation starter. If you’re going to get something like this tattooed on you, consider the arm or thigh, as these areas have enough space for the detail the piece requires. 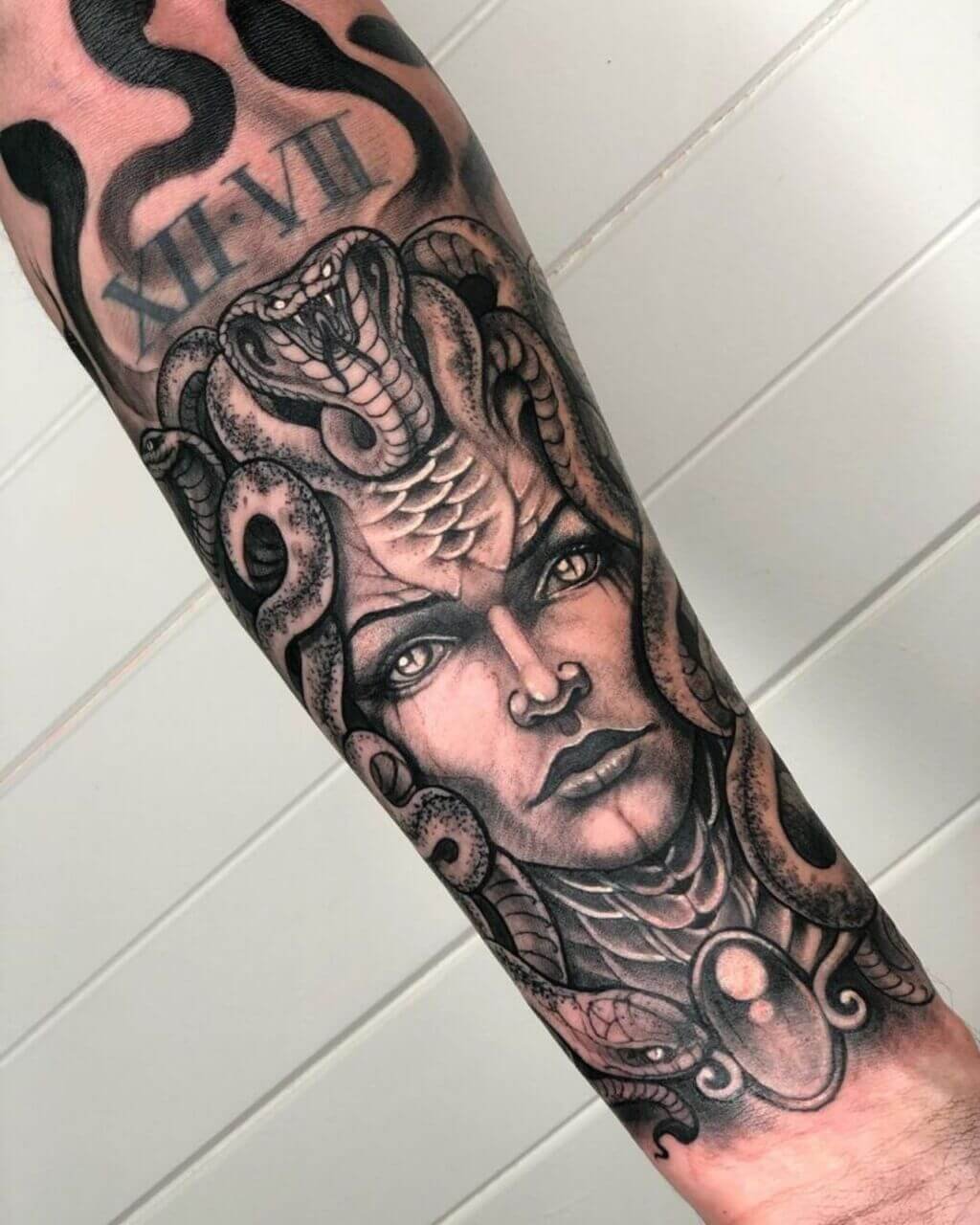 There are numerous ways to tattoo the Medusa. One of the most well-known and powerful Greek mythology tattoos is the realism-based Medusa tattoo. There are plenty of famous people to choose from.

There are many ways to represent her. Tradition has said that Medusa looks frightening. Because of this, some tattoo artists give her a demon’s face. 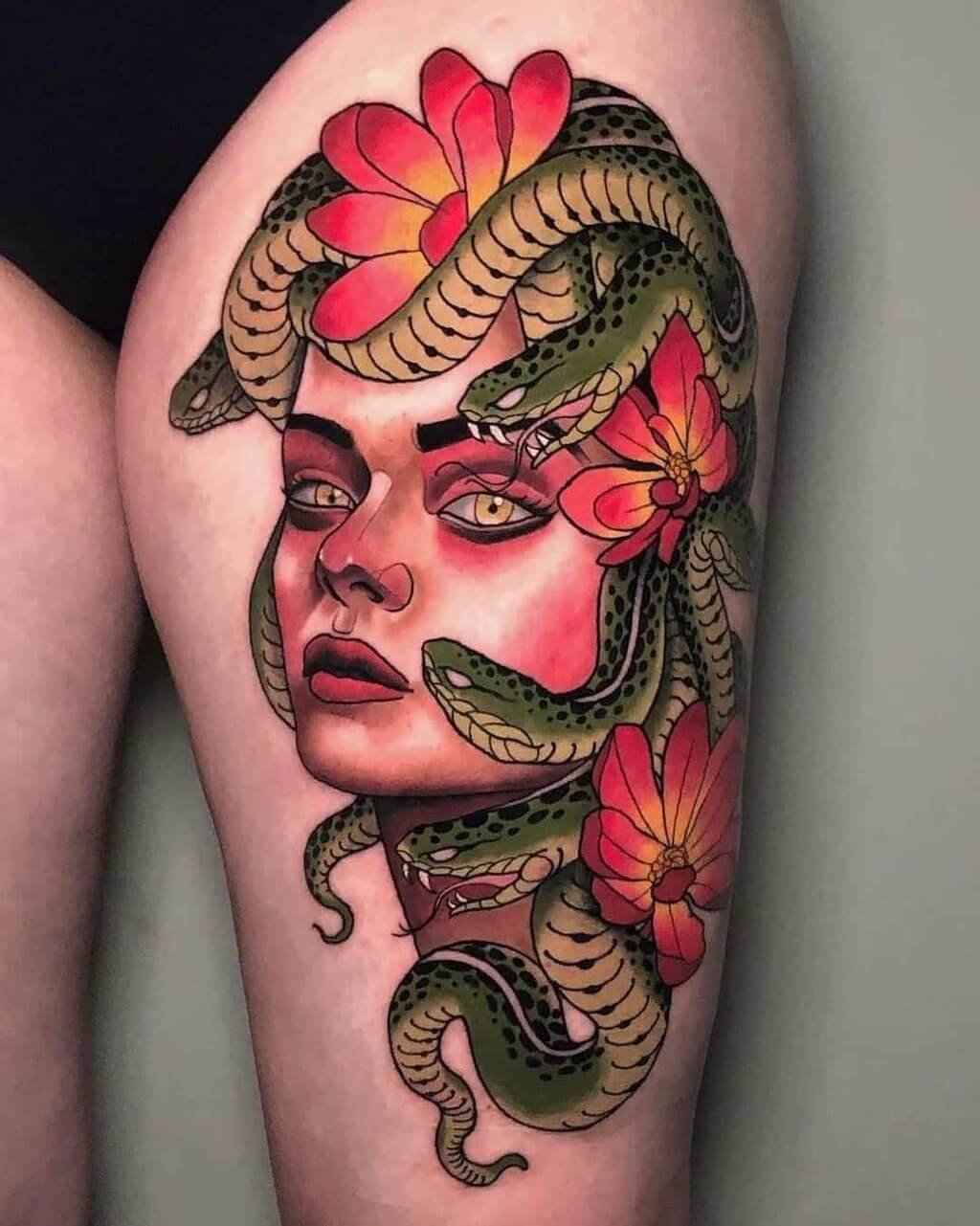 Medusa isn’t your typical tattoo design, but she commands attention! There are numerous styles and interpretations of this powerful symbol to consider when getting inked with it.

If you want to make a visually appealing tattoo, use bright colours and bold lines. It is critical to remember that colour tattoos fade faster; light shades do not last as long as darker ones. If you want your tattoo to last as long as possible, get it done in a location that does not receive a lot of sunlight. 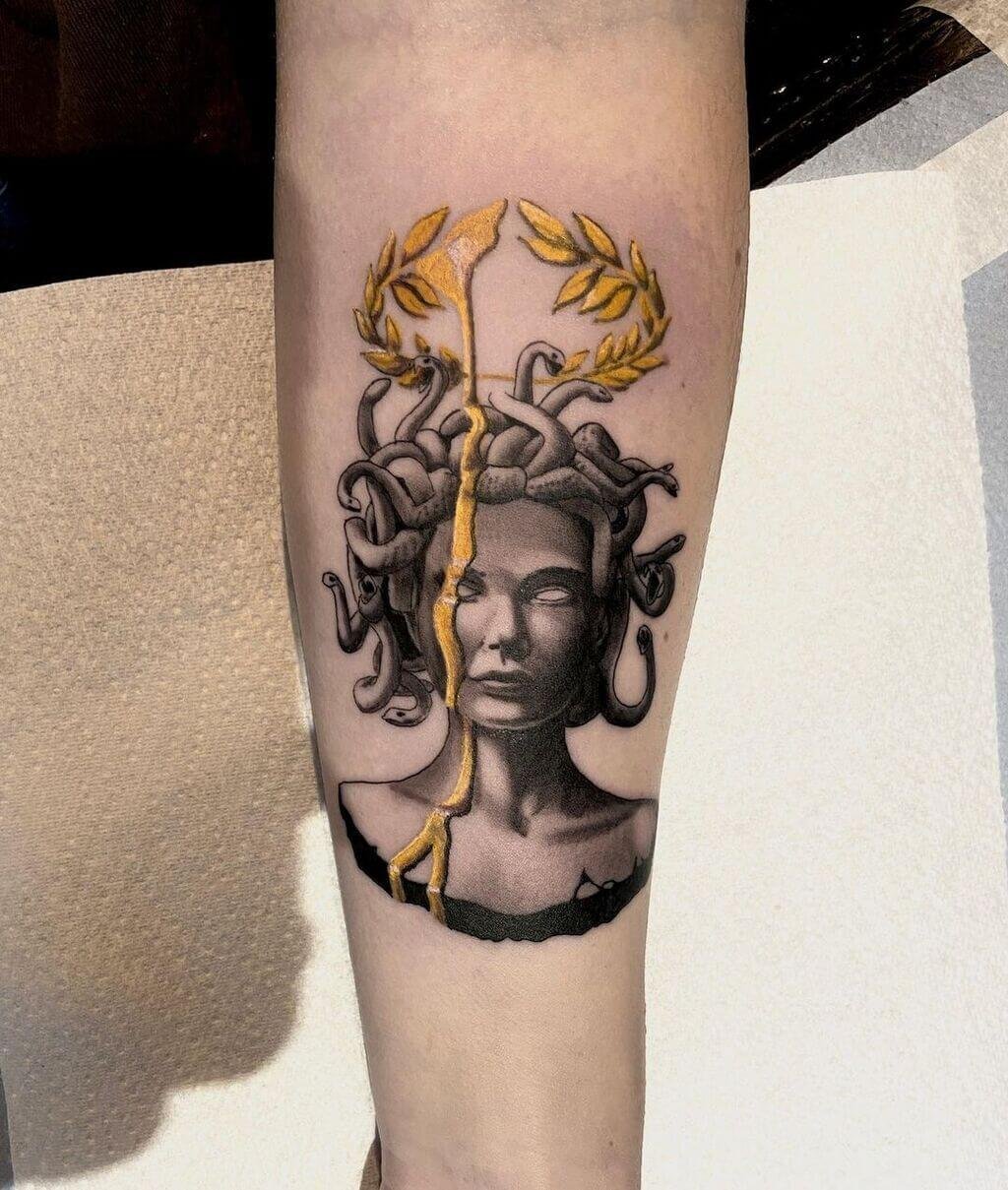 Greek god tattoos are full of epic battles and legendary legends, making them an excellent source of inspiration when choosing a new tattoo design. One of the most well-known figures from this mythos is the snake-haired Medusa.

Her story of betrayal, punishment, and feminine power has stood the test of time and is still a popular choice for a tattoo with a lot of meaning behind it. 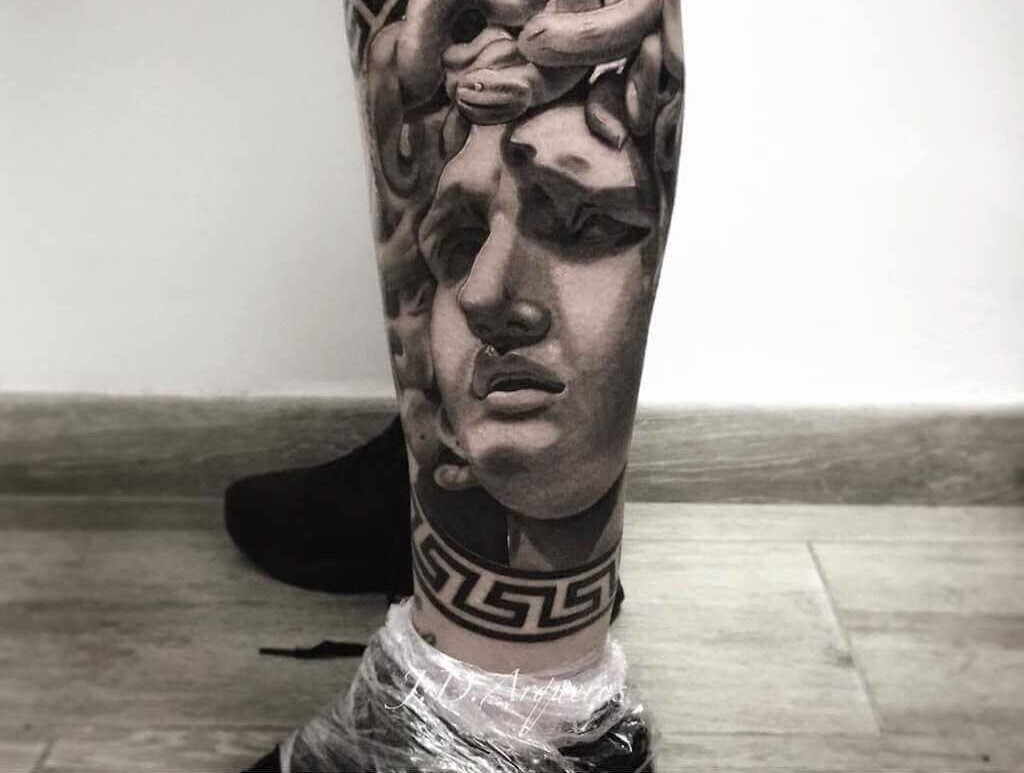 Some people may not be familiar with the Medusa legend, but they will recognise the Versace logo. The snake-haired maiden appears in the logo of the Italian fashion house.

What Is the Price of a Medusa Tattoo?

Tattoo artists own and operate Medusa Tattoo, and they are experts in their field. They have a minimum of $80 for the arms and legs and a minimum of $100 for the rest of the body.

Medusa is not a goddess. Because the goddess Athena cursed her, she regarded as a monster and one of the Gorgons of Greek mythology. She is sometimes depicted as beautiful but more often as a reptile-skinned creature with snake hair.

What does the Medusa Head Represent?

The idea that Medusa’s head can fend off evil is part of its symbolism. Perseus, who lauded in Greek mythology for his bravery and courage, beheaded her.

Why Is the Medusa Tattoo Design So Popular?

The majority of people get Medusa tattoos as a form of protection due to her ability to instantly destroy anyone who stands in her way. Some people get the tattoo inked to protest one-sidedness, some people do it because they like the myth, and some people just like the way it looks.

Are Tattoos of Medusa Offensive?

It shouldn’t be offensive to get a tattoo of the Medusa. She is a female monster who doubles as a victim in Greek mythology. According to legend, the goddess Athena cursed her, turning anyone who looked at her into stone. She got killed when Perseus beheaded her.

The meaning of a Medusa tattoo is ambiguous and open to many interpretations, such as linking her to a symbol of female power or to people taking charge of their own lives.

Can I Get a Tattoo of Medusa?

Anybody can get a Medusa tattoo, and your piece will probably spark some conversation. No matter the style, these objects—which can be exquisite and intricate or plain and minimalist—are incredibly symbolic. Medusa is a female monster known as a Gorgon in Greek mythology.

However, she is a victim to others. Both good and bad qualities, such as female power, evil, transformation, life and death, and jealousy, connected to Medusa.

For more ideas, you can browse through Travel World Fashion. 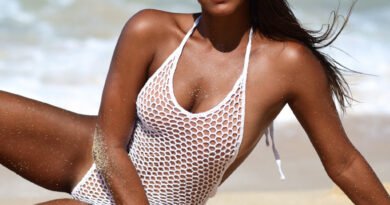 30+ Most Revealing Swimsuits of All Time That Looks Hot 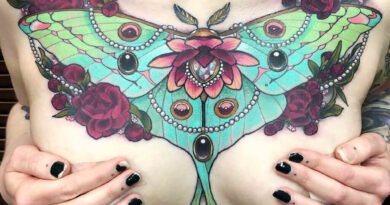 50+ Most Beautiful Breast Tattoos For Women 2023 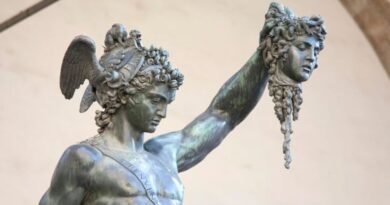 What Does a Medusa Tattoo Mean?